Stumbling into the One Thing, for now 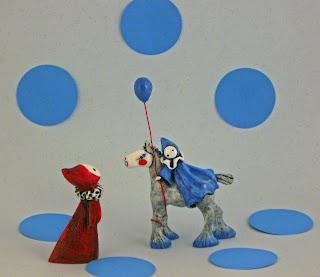 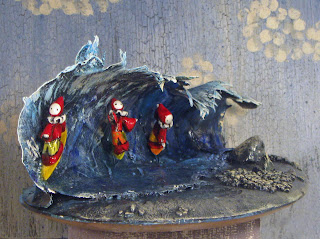 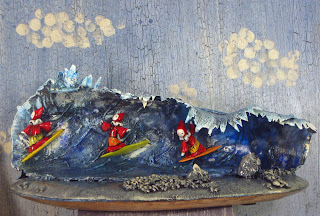 Yesterday was devoted almost entirely to finishing a painting.
I'm still under the weather, physically and mentally. I tell myself it's life, it's physiological, it's biology, it's my turn to feel lousy.
But there were times yesterday while working that I wouldn't have traded places with anyone.
It's the 'one thing' we've talked about on this blog.
So. At least there's that. It's an anchor, a post to hold onto during the storm. We all have them, trick is sometimes knowing what they are and how to find them. Everything else changes, which is a very good thing.
***
I put photos of a couple of new pieces above, for those of you who don't see the sidebar. Aubrey is photographing work that's been waiting, and getting it up into both the etsy and ebay shops, and I'm going back into full right-brain mode and painting, to give the rest time to fix itself.
---and breathing. That too. I keep hoping that eventually I'll figure this stuff out. In the meantime, I guess you get to stumble along with me. I'm lucky to have you along, for sure.
Have a good Saturday. If I make any discoveries, you'll be the first to know.
Posted by lisa at 3:27 PM

Bent: spoken like a true stalker.
Stay off the therarum.

Hey---it was cooler this morning---did you feel that? I've gotta find that story, where the spacecraft is between the influence of two planets? There's that window in the desert---after the hellish heat and before the hella snowbirds!