This is tonight's Little Table. 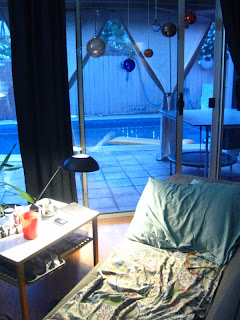 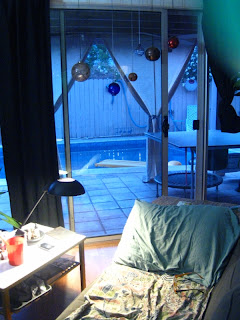 I'm having some silliness
with Orion. 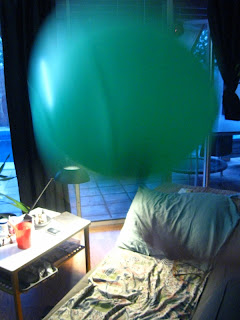 A good way to spend some unplug time when we can't swim.  Orion has a cold and it's been windy for days on end.   The punch ball isn't heavy enough to break anything.  We are, but we try not to get too out of hand.  The object of the game is to cooperatively keep the ball in play and off the ground for as long as possible.  Just as in the pool.  We call this game "Laws of Physics," because they do apply and can surprise us.  Chaos factor, you know.
Tonight, there's an added feature. This is an old house with lots of rough edges on the ceiling.  We play knowing that it's only a matter of time before the ball meets one.
Mostly we play for the laughing.
Now Pete and Orion have gone to pick up Chinese food and I'm saving photos for Aubrey.
And as I look at these happy photos, I'm haunted by images of
smiling people in the news, who are now gone.  Children. I can't truly imagine the loss.  I don't have the courage to try.
Or to embrace the anger that will follow.
And I'm haunted (as always) by the other times I've been sickened by violence.  Each incident brings with it the horror of all the ones before.
These memories are strung together like beads.  Some of mine are quite vintage.  My earliest was made as I sat in my Little Red Rocking Chair.    I see this memory in black and white because mostly what I recall is pictures on the screen. Terrifying pictures of war and mass graves.
These things happen and they tear away any sense of peace or well-being.  Gradually, we gather those comforts back around us.  Until the next time.
We are the lucky ones - myself and you, reading here.  We have time between the violence to regroup and forget a little.  Many others don't.  They live with violence daily.  And the victims don't, or their families.
How then, can I be part of the solution?  What can I possibly do to help?
Good question. I don't know the answer.  For now, The best I can do to honor those innocents fallen is to live an honorable life.  To be informed and to vote.   To remember them and to deeply appreciate my own life  and  family and all that goes with.  And to make art.  To be one more person doing what she loves.
Still, tonight the anxiety creeps in at the edges.  I glance at the time.  How long have they been gone?   I resist these feelings.  I get moving.  I start some laundry, tidy up in the den and prepare to  enjoy dinner together.
This weekend I'll catch up with Aubrey, Alison and Phillip, and other family and friends. I'll not hesitate to tell them that I love them.  Or you.  Because I love you too, fellow traveler.
I'll gather my peace about me again eventually, but I won't forget.  And yes, I fear for humans. That one never goes away.
Posted by lisa at 8:39 AM 1 comment: 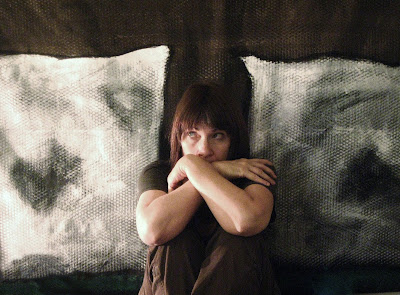 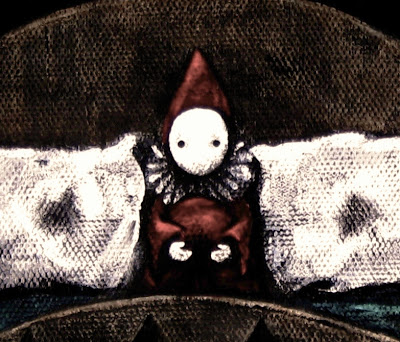 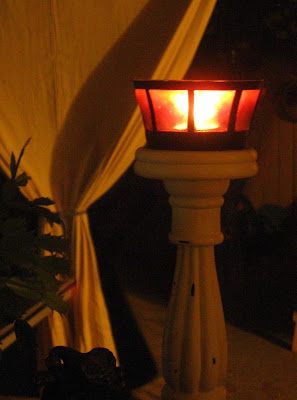 I miss my parents.  I lost both of them many years ago, before I had an inkling of a clue.  I know them - though the information is translated from a sort of teen aged perspective.
As I remember them best, they're about the age I am now.   Once in awhile, I have an interesting conversation with them in my head.  I can make reasonable guesses at what they'd say, but without the surprises, which was where the laughing came from.
There was always laughing.  Yeah.  I'd like to talk to them now.  Not who they'd be after another 30 - 40 years here, but as they were then, in the seventies.
They grew up with mechanical gadgets  - some marvelous and some already unrecognizable to many of us.
My coffee maker died today,finally, despite many attempted cures, surgery, some pleading, threats and a couple of resuscitations.   It was a long, protracted death.  Probably would've been kinder to shoot it.
I kept the filter.  I put a candle in it.  As a maker, I might use it for something else.  However,  Mr. Coffee will go to where all the other complex electronic appliances go to be 'recycled.'  Even in the best case scenerio, at least some of it will become poison.  Humans might find a better way.  Something like manufacturing beyond the outdated mechanical object d'art, and the short-term-designed-to-break electronics that humans are epically failing to dispose of.

I imagine a world where little is wasted.  Where fewer possessions are fine and cherished.  Where knowledge is valued over material wealth.  It's a world where basic needs are met and acquisitions are made with forethought, for lasting quality and enjoyment.

More often I imagine the waste-free world as one where humans struggle on the edge of survival, where nothing is wasted because nothing can be. Where acquisitions are hard to come by.

Technology is changing faster and faster.  In a short time, my coffee filter might be obsolete and eventually, unrecognizable.
It might be recycled, ground up as filler.  It might be buried to slowly break down into the soil.  Or it might be found and up- cycled, or kept as a novelty.

We look at objects through filters.  Filters of history, imagined futures and assigned values.  Sometimes though, we hardly look at all.

I was in a chain store recently and overheard a conversation:

So many goodies!
I want them all.
I know!
I'm running out of closet space.
Me too!

Humans absentmindedly gather trinkets the way we absentmindedly snack on empty foods.   Neither nourishes  past the fleeting satisfaction of gathering.  The trinkets and the snacks accumulate as fat and clutter.

One way or another, this will change. Because this behavior creates an untenable situation.  It has to change.

I don't think it's going to be an easy process. As of today, I've completed ten of the Major Arcana.  The Hermit doesn't offer opportunity for the kind of detail that some of the others do, like The Devil or The Heriophant.  But I know this one, this hermit, and as I worked, I talked to us, and something was understood.     I sat for awhile yesterday and just listened to the wind.  It sounded as though it meant to carry the world away with it.  And it did, to a point. It scoured away the surfaces, redistributed every small thing that wasn't tied down and left everything we possess, both inside and out, covered with a layer of fine sand. All our efforts at a shiny clean living space are undone.  Most of our citrus blossoms are torn away.  There will be few oranges this winter. Art, bowl, bed and book all covered in dust. No seal can keep it out.  Dust tells us that all that we make, in time, will be undone.
These desert storms are always humbling.  They remind me that I'm only a visitor here.
I own nothing.
They remind me that, like The Hermit, the best I can do is explore this space and try to understand what it is that lasts.
That, I can and will continue to do, some days better than others.