I'm sequestered today to write things down.  It's blazing hot outside but in here, the light is working out okay. 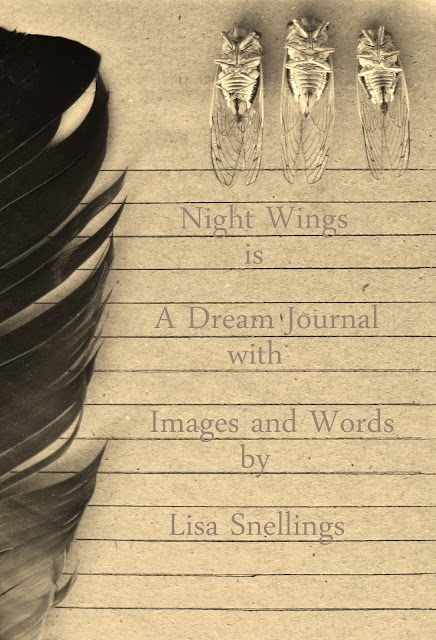 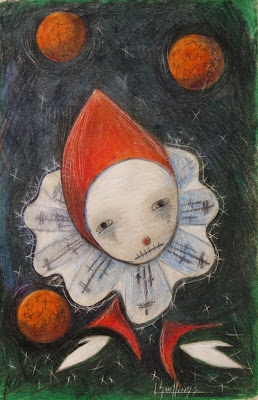 As soon as I sat down to write this, my stomach started to rumble, reminding me that I've had coffee and no breakfast yet, though I've worked in the studio for over two hours.  So I stopped to pour a bowl of Cheerios with a hand full of almonds thrown in.  And some juice.  My knee jerk would've been to grab another cup of coffee, but I remembered a conversation I had with Orion last week about how important breakfast is.  In the middle of it, I'd remembered I hadn't eaten either:

"I have a confession."
"What?"
"I didn't eat breakfast this morning either and I've been up longer than you.  I can't expect you to listen to my advice if I don't follow it myself, can I?"
He took my hand in his small one, looked me in the eye and said," You've been doing that a lot lately, Mom."
And then he gave me the Cheese Touch and victory-danced away.

Very likely, where you are today is some combination of the above and whatever that is, you find yourself in a juggling act. You may be running faster and working harder than you ever thought you would, to get to something you might not be sure you want, or that might come on its own if you let it.

I'm going to eat breakfast and swim every day.   I don't know why I stopped but somewhere in there I decided that I didn't have time for it.  I'll make that eye exam appointment, brush and floss, take breaks when I need them.   I'll take my own damned advice.

Thing is, if we don't take care of ourselves, we're already doing a poor job. It's a product of short-sightedness and, in a sense, selfishness.  The stress on our faces affects those around us.  Our energy levels affect our performances overall.

If we take  care of our projects, tools and other people and neglect ourselves, the juggling act is just that - an act. 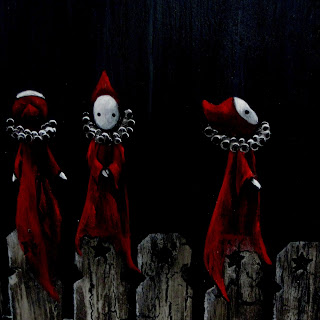 It's summer, so we're probably spending more time outside.  Some of that time may be spent looking up into the night sky.   I know I do - and did.  It's why Pete and I named our son Orion.  Early on, I'd lie on my back in the grass looking up and trying to grasp the enormity of it.  Looking  with my friends, having "what if" sorts of conversations.  Now, advances in science have provided much more information than we had then.  We even have photographs of  places we once could only imagine.  But that information only makes the questions bigger.  I'm one of the humans who likes the questions. They're the stuff that gets me up in the mornings and keeps me going when the going is difficult.

Some people are so consumed with the questions that they use their great intellects to help us find better ways to ask them.  These are the inventors, the researchers, the explorers.  They are thirsty for answers and eager to share them.

Some people don't like looking up.  It makes them uncomfortable or even afraid. Not everyone wants the night sky to remind them of the big questions.  They might quietly make up answers for themselves or decide to believe answers that others made up.  They want nothing to do with the searching and do their best to ignore it.  They contribute in other ways and live their lives looking through their fingers.   They might build shells about their made-up answers.  The shells are question-proof and stuffed with distractions.  They avoid people who question.  They run fast to avoid asking.  Sometimes they can't run fast enough.

Then, there are people who refuse to look.  They are so terrified of the questions that they try to silence them, sometimes with lies and unkindness.  The questions threaten their comfort zone.  They are willing to hurt or even kill other humans to quiet the questions.  Sometimes this is a few humans and sometimes it's many.
This group includes the passive ones who allow this silencing.
Don't underestimate how dangerous they are.


Really, the question we ask when we look up at the night sky is, "Who am I?"

It's a big question.

Finally, some humans look at the night sky with peaceful longing.  They are sure that whatever the answer might turn out to be, it will lead them home.
Those are the ones who dance.
Posted by lisa at 8:10 AM 2 comments:

I'm listening to the music of Derek Bailey.  It's rich and layered, engaging.  Oddly, I remember an old Sesame Street bit.  Not so very odd on second thought, as it too is about layers of sound.  In it, we enter a room in a typical household where the television is on, a vacuum cleaner running, a dog barking, and a faucet dripping - or so on.  It's been a long time but you get the idea.  In succession, each of these sounds goes away until we're left with only the faucet, then, one by one, they're added again.
It makes me think about listening.

I've been plagued these last months - a year? - with the urge to write.  I call it 'plagued' because this is a very inconvenient time for writing.   I seem to have a lot on my plate.  Then again, it might be possible with better time management and less princess scardy pants.  Most likely, I'm somewhere in the middle of that.

But that's not the point I'm making.

I'm writing whether I want to or not.  I find myself doing it in bits.  Inconvenient bits.   What does that mean?  I'm also finding it harder and harder to shut off the writing in my head.  That's just part of being human.  Hundreds of words go through our conscious minds every minute.

What I'm discovering these last weeks is that I work better, in my visual sort of alphabet, when I can shut that off for a bit.  I can do that easily when watching a movie in the theater.   But it's not so easy to do elsewhere.

But...the music is there.    One of my favorites is the sounds in a busy restaurant.  I like to close my eyes and listen.  There are layers there, rhythms and notes and textures.

Same in a playground, car, on a hillside, your back yard and one of my favorites - under water.

It's not as easy as I thought it would be, to listen without speaking in my head.   Maybe it's easier for you.  But I doubt it, because if Poppets have taught me anything about being human, it's that we're more alike than we can ever know when it comes to the basics.  Still, in my experience, it's worth the effort.  Already I can tell a difference.

Listen.  Until you can hear the oboe.  Or the night birds. Or the sound of your own breathing. 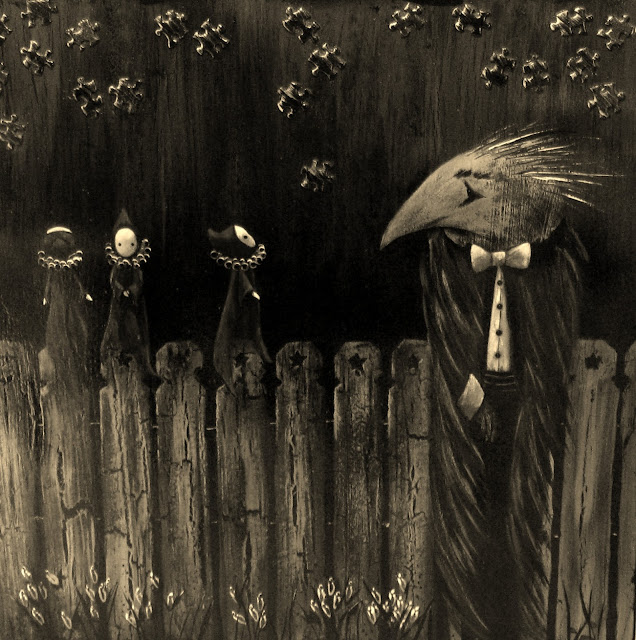