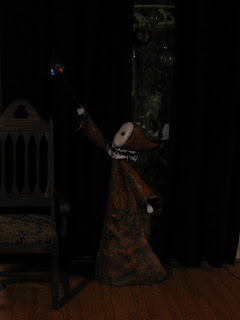 Finally Autumn's Child has her lights. She seems more real to me now than ever. She seems like a child, stretching her reach to its limits, she seems to have been doing so since before time. I'm pleased.

In the September issue of Wired is an article by Clive Thomson about the effects of the internet on literacy. It's been thought for years now that literacy was being eaten alive by the net. Certainly language is affected by the 'new' medium. But language is a living thing, and prone to change with the times, not always for the better. Thomson's article argues that now that students are writing for an audience, writing skills are actually improved overall. There does seem to be some peer pressure motivation at work here. Despite the dribble and fluff of myspace, twitter and the like, students are at least writing more. Does practice make perfect?


I don't know. I went online to learn more. Interestingly, Thomson's article came up first in my search results. 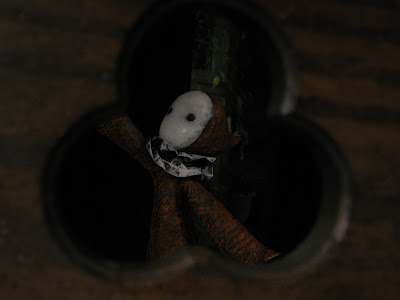 There seems to be a fair amount of interest in the subject. I'll be watching. I'm interested to hear what you think.


This evening Orion accidently saw a preview on television for some upcoming Halloween programming. Dammit. It had clips featuring Chucky and the clown face from Saw. It was brief, but enough that he said it freaked him out a bit. So after reading I promised to stay until he fell asleep.
I put on a Samauri Jack DVD quietly for some familiar background noise and read with my booklight. After about ten minutes I felt him jump. He opened his eyes and told me he felt as though he fell. He was smiling and a little embarrassed. I explained that this is something everyone does, and how it's a thing that happens when our brains tell our muscles they can relax. Something that everyone does. Not children, but everyone. It was another of those reminders that he's not just my child, he's a person, an individual, subject to the same life curriculum as the rest of us humans. It's a curriculum I can't insulate him from. I know this. I've already watched my other children cross boundaries into their own spaces. And I've known since he discovered the alphabet that he was well on his way. It makes me a little sad. Of course it does. Because it's evidence, proof even, that everything changes and that we can hold onto nothing. But it was a beautiful moment, his smile, his realization that he'd straddled the boundary between asleep and awake. I feel extremely fortunate to have been there to see it. 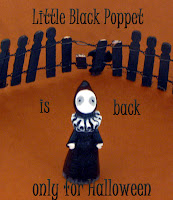 Labels: between awake and asleep, Child of Autumn, Clive Thomson, The New Literacy

i hope literacy is improving with the internet. Casual writing has suffered, what i mean by that is in blog posts, forum comments, and sometimes instant messages, i've seen typographical and grammatical errors over and over and over.

Hmm, going into full-on grammar nazi mode here, oops. My spelling isn't terrible, but it isn't perfect. But here's Merriam Webster Online to save me!

Okay time to get off that soapbox, heh. Let's talk about lights. Love love LOVE your lighted sculptures! i was happy to share a room with Autumn's Child when i was there, i love your big work so much. i want to work with lights too. So many ideas..... heh.

Practice in anything will improve it. And the internet is full of people telling other people that their views will be taken more seriously if they explain them properly. So people have lots of opportunity to practice, and a reason to improve.

I was hoping it was a study, rather than an anecdote (which it seems to be), but you might still enjoy this quote from the book Art and Fear on the relative merits of quantity vs perfection:
http://www.codinghorror.com/blog/archives/001160.html

I smiled and felt wistful at the same time reading of Orion's night concerns. My oldest is coming home this weekend from graduate school because he is "worn out and just needs to be home." Although we can not hold on to them, sometimes they hold on to us...and that is a good thing. It may not be a matter of permanence, but of the ongoing forging of links in the chain, and it makes me smile.

I'm with Ravyn on the grammar nazi thing (although I tend to use dictionary.com rather than Webster on line.) My biggest problem is that it's not just on-line posting the had me grabbing my head in frustration. In my role at work I routinely review clinical documentation by masters- and doctoral-level mental health clinicians, and there are only so many grammar errors that you can excuse as typos!

I think that there will be those of us who love real books for some time now, mostly because we teach those who are younger to love books, too. One of my nieces is turning three next weekend, and one of her main birthday requests was "more Carl books." (A request which Auntie was more than happy to fulfill!) But she has already learned the pleasure of touching pages, tracing the lines of the images and words on the paper, and she wants to do more of it. To me, that bodes well. :)