'Tis the season for autumn leaves and rubber rats 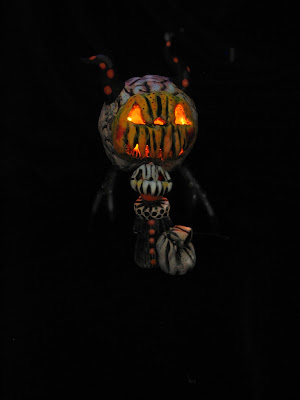 Yesterday I bought 408 eyeballs and made art.

Other things happened too, but the eyeballs and the working particularly stand out.

Today Orion was extra clever. Ben and Joyce worked at the other location--Strange II?

Spencer and I went looking for thin solder and tiny LED's. We had Mexican food and bought rubber rats.

One could, possibly, own too many rubber rats. I haven't truly tested that theory yet. Then again, two of the rubber rats I purchased were for other people.

We've begun to put up art in the ebay store for Halloween. It is indeed the beginning of a sale to which more things will be added until Poppets decide Halloween is over, or we all run out of energy.

But for now, we are making.

Strange II... How, strange...
Today was a good day over here.
Worked on administration stuff.
There's so much more to a business than the art unfortunately.
But it does feel good to know things are taken care of!
Then went and had Sushi for lunch.
Iced green tea that tasted of smokey wood and clean water...
Seaweed, rice and fish...
Tomarrow is an Art day though!
The sun hits the dark side of the moon too. :)
Bent.

Strange II? I think it's Strange Too!

Nice Mimi! I like that better too.
Strange too...
How was Hong Kong?
Love ya!
Bent.

That is too fun. I think you should have stopped there and just left us all hanging. Definitely the perfect opening line for a post in October. It will be fun seeing just what the eyeballs become.

Nah, how can you have too many rubber rats? Great eyeball line. I really want to know what you are doing with 408 eyeballs!! Sounds delish.