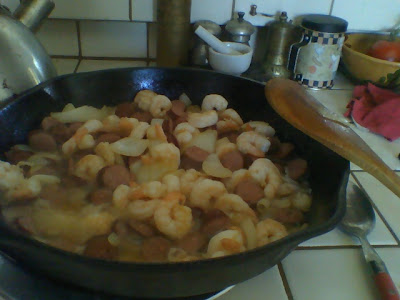 It's an odd day. Really hot. More than one hundred hot. But quiet in the house, with cool air fanned about. A luxury, for sure.
I've finished the poppet chess pieces.
The last ones I made were the pawns. Significant, at least to me, the making of these poppet pawns. 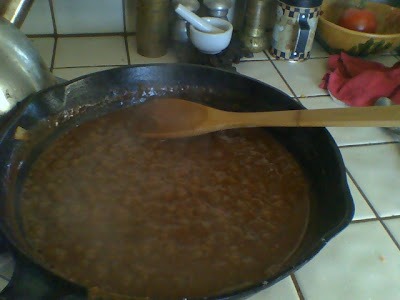 They complete a circle. Poppet, who started as a pawn and became something else entirely, now pretends to be one. I don't know that the world needs poppets to play chess any more than it did then.

It's not even a beep on anyone else's radar, but I recognize this disjointed, uneasy feeling. I'm at a crossroad. I've been here before. We must be mindful when we tie up loose ends---especially dusty old ones. We can never be sure of what other connections have intertwined themselves over the years.

I expected to be here now, at this crossroad. But it's nothing like the place I imagined it to be. This one is silent, pristine, timeless.

So I did the only thing that made sense.

I made gumbo. Sauteed the onions and peppers, shrimp and sausage. Made the roux, put everything together to simmer and become what it will eventually be. 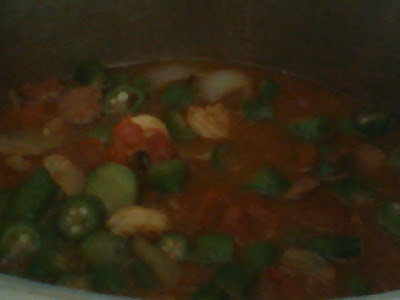 Making gumbo is a bit like making art---you've gotta skirt the edge of failure, right there in the middle, if you want to make it turn out well. (I apologize--but you just can't miss with a soup analogy. It's all in there.)

It was right for today, to cook something. I don't know why. I don't know why today's next step seems any more significant than that of any other particular day. I may figure it out later, why I went one way or another, or I may not. It doesn't really matter, does it? I'm going to let this one sort itself out. And then, it'll simply be what happened.

Good idea--to let it sort itself out. Enjoy your time in this space between.

It's nice to see the Poppets have gone full circle. Couldnt get the animation onto a dvd...will the animation still be able to be shown at MadCon if it's a cd? The cd worked fine.
-James

When I saw the pawns a day or two ago with the rook I got a little tingle up my spine. The significance was intense. Crossroads and intersecting circles again. The poppets are pretending to be pawns and I'm pretending to be a "beginning" acting student.

I realized I needed to go back to my alphabet. Maybe the Poppets did too?

The WV is remergyr - what Poppet Pawns (and wandering Drinnes) are doing.

I was recently thinking that if Poppets ever did become pawns in a chess set, they would rule the game.