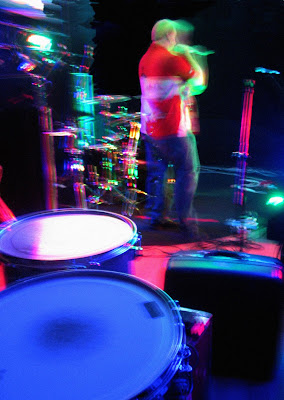 OK. So, kick me. Yes, we are behind getting the pieces up in the store.
Or don't kick me, because your artist is working hard on lots of things.

Really hard. And last night, I needed to put some stuff into my brain, instead of pulling stuff out of it.
It happens.


I got some good shots of Pete doing his comedy gig at the Red Barn. It's good for me, to not be the one on stage, to be the one in the wings, holding the water and camera and supporting someone else. He did pretty well, actually. The strongest opening I've seen so far for his act. Comedy is a tough gig. Go Pete! 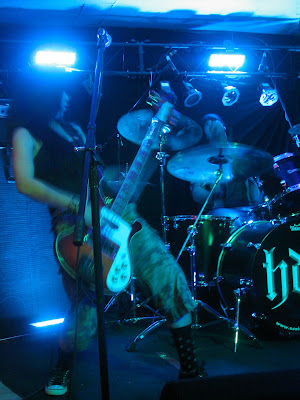 Then LA band HDR rocked. I'll admit, I was immediately crushed out on bassist Amy Tung and took tons of photos of her.
After it was late night fare at, where else, California's classic In and Out.
Then sleep.

It's Saturday now. I have studio work this afternoon---we're working on some solar options for upcoming kinetic pieces.

But I promised to put new Buggy work in the store. I'll be putting things up, probably all week, because we have a lot of new stuff.
I'll have some of it in the store by tonight, I promise. 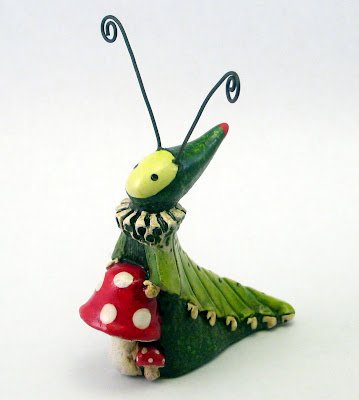 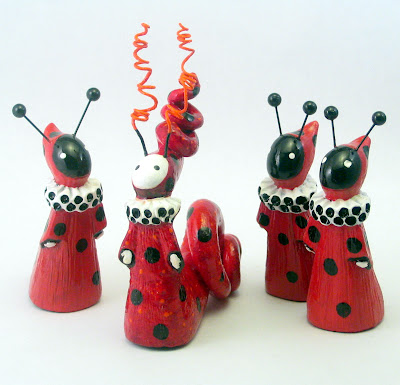 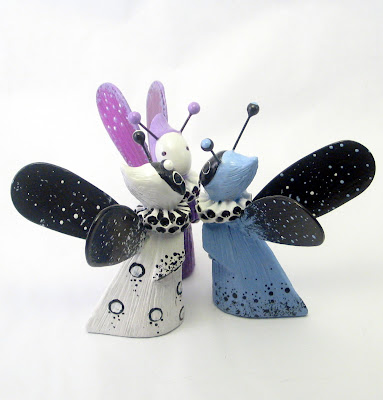 oh man that caterpillar is just too much!

the ladybug poppets are just great... can't wait to see that twisty creature from all the angles. just wicked.

The ladybug poppet!! The caterpillar poppet!!!! I can't wait to see more pics!

Thank you mordicai, rubius and sassy! I, being a bit buggy by nature, especially enjoyed creating these tiny beings.