Cosmic Cat and a Bit of a Shakeup 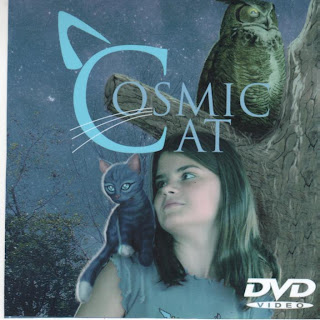 At Balticon I had the pleasure of watching a DVD presentation of Joe Bergeron's Cosmic Cat. The site has a gallery of images.

My first thoughts as the story unfolded were about how much Orion will enjoy this book.

My second thoughts were about how evident it would be to anyone that Joe Bergeron is absolutely and unconditionally in love with the night skies.

And finally, what I thought was, This is really, really good.

A copy is now making it's way in my direction and I look forward to reading it with Orion.
*******
We swam three times today. Once in the morning with Pete, who tomorrow will begin dismantling a ridiculously complex set in Vegas. Once with Ben who stopped by with huge slushy lemonades from Jensens. And once tonight, under the clouds and in the lime- colored pool lights.
I spent the morning hours with emails and paperwork. No studio. I spent the afternoon in garden centers and in what is becoming the garden, daring to be green under the brutal sun only by the grace of fabric thin as wishes, rippling overhead in the hot air.
*******

On the plane I read Pillars of the Earth by Ken Follett. I read this book at every opportunity (there were few) during the convention and for a day after my return. I realized I'd gained new knowledge about the building of Gothic cathedrals without planning to, and without even the least bit of effort on my part. I met a man at a reception once who told me he never read fiction because he wanted to learn something in return for his time spent reading. I looked at him for a long moment. It was like staring into a blinding white light. It was like being a Poppet.
I left him to it. No regrets.

We just had an earthquake. Just right now....um.. it's about 10:13. No damage, just long enough that we made it to the hallway and quak 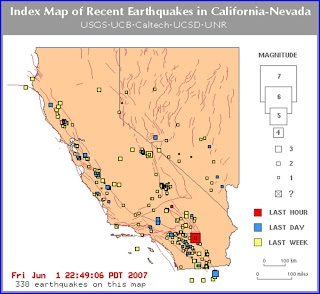 ey enough that I'm shaking a little still. I should be getting an email soon with specs.

I am so not particulary fond of earthquakes.

Cookies and milk are in order, for Orion and Mommy. And news later, while he sleeps.
******

The ten Little Pink were claimed almost immediately, so I put a few more up to thwart disappointment, and the subsequent whining.

I'll plan to include Little Pink in the regular Gallery sale on June 23. Poppets too. And new things.

I am certainly going to have to get Cosmic Cat. I have posted many times on my love for the night sky, no doubt driving readers nuts with the repetition. I don't have a young child, but I'll use the excuse of a childlike wonder at the starry skies to pick this one up!

"I met a man at a reception once who told me he never read fiction because he wanted to learn something in return for his time spent reading."...

I have heard many similar excuses from people who both don't read fiction or only read 'literature'...it always exasperates and saddens me and I usually do the same thing you do, with the addition of shaking my head sadly as I walk away.

I'm with you. You really don't have to be a child to enjoy this book. I truly hope he'll make the DVD available.

I hope to make the DVD available for purchase by the end of the summer. I need to prepare some inserts and a few other things. My progress will be slowed in June as I'm soon to leave for the Grand Canyon Star Party, where I will pursue my unabashed love of the sky and try to shove it down the throats of whoever stops by my telescope.

I'll definitely pick up a copy of Cosmic Cat, and one each for our nephews. :)

And the idea that you don't learn anything from fiction...well... *shakes head*

That is great news about the DVD!!!

I'm hoping my copy will arrive shortly, as I've told the kids about it and they eagerly await the arrival of packages marked for them.

In the meantime we are working our way through the entirety of JEM an episode or two a day. It was Mimi Ko's idea -- I swear. ^_^