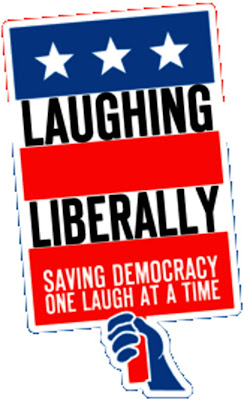 Join NCAC for an evening of flagrantly free speech on Wednesday, April 16 in New York City. See a raucous performance by the comedians of Laughing Liberally inspired by the First Amendment issues and controversies that NCAC works on each day. Stick around afterward to drink liberally and speak freely with the staff and supporters of NCAC.
When?
Wednesday, April 16th @ 7:30 p.m.
Where?
The Tank, 279 Church Street — between Franklin & White, below Canal
How much?
$5 discounted tickets for NCAC friends: BUY tickets online, or use discount code word "BRUCE" (in honor of the patron saint of free speech & comedy) if you're buying tickets at the door.
The evening's program will feature comedians Harry Terjanian, Katie Halper, Lee Camp, Jamie Kilstein, and Roger Weaver. Watch video online of Laughing Liberally, whose performance The New York Times called "A bruising battle in the take-no-prisoners war for American's ideological soul."
**********
If you happen to be in the area and can attend and if you happen to take your Poppet and if you happen to get a P.O.T. image, I'll very happily happen to send you a Collaborator Poppet, or a ? Everything Poppet. Or some other Poppet you've been wishing for.
******
Poppet Planet Wants YOU!
We need some sort of Poppets on Tour T shirt and Poppets on Tour cards. Last night we were wandering around downtown Palm Springs and I thought of how much easier it would be to ask someone to pose with a Poppet if I were able to hand the subject a card (or bookmark) and/or was wearing an "official" Poppets On Tour t shirt.
Possibly you've thought of this before. Possibly you even have a great design in mind. Possibly you'd like to take this to the forums and work on it with others. It's worth doing! We'll supply you with any image files you'd need. If we get lots of great designs, we'll use more than one!
Anyone interested in creating a design for this should email ravyn@poppetplanet.com
The P. O. T. designer(s) will get a free T shirt, Collaborator Poppet and of course, credit for the design.
And we'll all benefit, because the next time we ask someone to pose with a Poppet, we'll look official instead of....well, you know.
Off to the studio....
Posted by lisa at 9:15 AM

mordicai: Great! I'll tell him you liked it. He is indeed fabulous. Have you read "Storeys from the Old Hotel?"

are you going to read the Peter Beagle one?

i have some folks in minn who are coming to my wedding in may & i'm trying to conn one of them to pick it up for me, but if that doesn't pan out, i'm going to order it. or is the need dire? i have no idea of how fast 1000 copies sells.

& i'm a gene wolfe boy from a little while back now: i've read all of his solar cycle stuff (including 5th head, which i think maybe should be) & his latro stuff, & wizard knight, & a bunch of his collections, but not storeys yet. in fact, peeking at my shelf, i don't have it yet! i sort of picked him up thinking mister gaiman's cover blurb (something along the lines of "greatest living writer of any genre!") was so much hyperbole & was floored quickly enough. which is why i was so ticked by the "dickens & nabakov" blurb in birds.

but here i am gushing about someone else in your diary! for shame. i found out about you when mister gaiman mentioned sending you all of his dead bees. "what?! who is this creature that they might require piles & piles of dead bees!" & then here we are.

Okay, you win! I just got a poppet in the mail & splurged on the Beagle book!

My name is Nathalie and I occasionaly read your blog (on a recommendation from Rubius).

I think that, for P.O.T. cards, the particular format of the MOO minicards would seem ideal...
I use them for plenty of things including making bookmarks and I am quite happy with the quality of the product. The slender form of your poppets would fit perfectly and you seem to have plenty of pictures to use.

Nathalie: That's a great idea. I've seen Moo cards---Spacefriend (Laura) sent me some with actual POT photos on them.
hmmm. A whole set with different Poppets on Tour photos would be fun.

mordicai: I gush about Gene Wolfe ---other people too-- on this blog all the time.