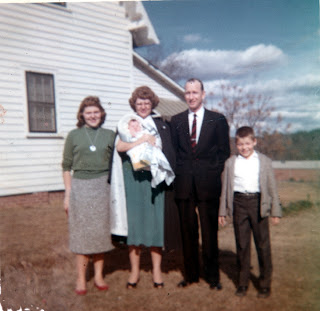 Fantasy Magazine has posted an interview I did with them in the spring. I talk a bit about growing up in South Carolina (I'm the one in the blanket.) Interview

They tell me the version in the print magazine has lots of great art photos. And that my copies are on the way. 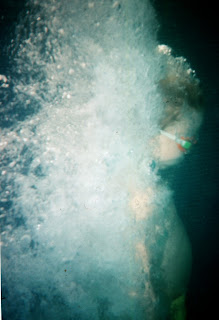 I've been spending as much time as possible in the water these days. Orion is happy enough about that. I'm learning how to use the Frogeye. Well, I'm learning enough to know it's possible to get a good photo from this camera and that I need to work on doing that.
I like this one of Orion because it looks as though he's emerging from some sort of crazy portal--Stargate-ish. And this one of Sophia, because she looks like an imp casting a spell. I'll keep working at it. 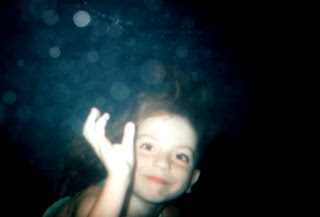 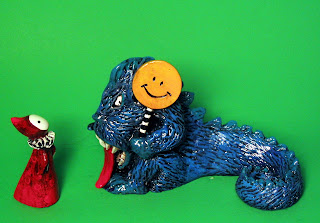 I haven't cast one of these fellows in quite some time. Originally, I named him after a phrase I heard a therapist use.
"Little Blue Habits Have Very Long Tails"
The little monster represented (at least in my mind) how we humans tend to hide our frustrations behind smiles. And that these tendencies are learned waaaaaayyy back. (long tail)
He's giving the finger with his right hand.
Later I changed it to "Have a Nice Day." That seemed to work too, and fit better on art show forms.
Either way, he reminds me that it's better to say what we mean...and mean what we say.


I'll be adding some more Poppets and Ratbag rats to the auctions this week. Mostly I'll be working on the fortune teller and other projects.
If you haven't looked in awhile, there are some really good POT photos up now. Thanks to all of you who are posting these images. Some are fun and some are powerful reminders to look and see. Poppetvision is a good thing.

Time to put sleepy little boys to bed. Time for this artist to swim in dark water, quietly, to let new visions in---and to not totally creep myself out.

Thanks for featuring my pic of the poppet kissing the flower! I loved the pic and story for "Have a Nice Day."

Forgive me for being daft, but is that a magazine that is currently out on bookstore racks?