Prepare to be Surprised 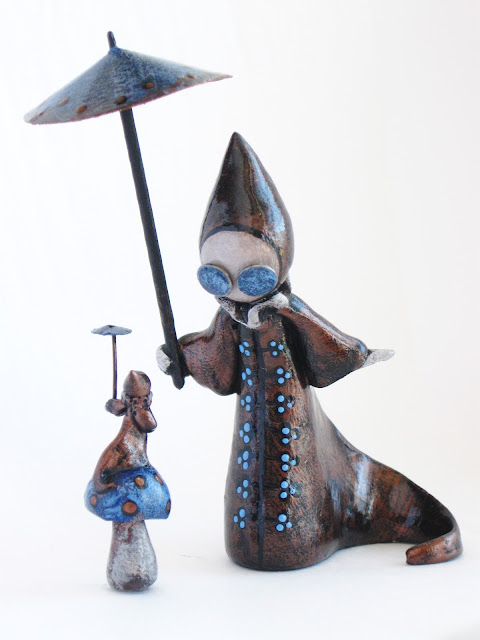 I should likely continue with my 'summer camp' analogy.    The temperatures are moving and there's no denying that some brutal months are coming up fast.  I want to say this will be my last summer in the desert.   I'm going to operate on that theory anyway.  It might make the summer months more bearable.

So, back to that summer camp analogy.  I've had several lean years recently.  Right.  I'm in a lot of good company.  And some real relationship upsets.  Can't have everything.  I told you I've learned that a girl needs a knife.  What else have I learned?   I've learned that interesting people aren't safe and that safe people aren't interesting.  I'm fairly convinced that the best approach is to decide which one of those things you are, and which one of those things you like in others,

because you aren't going to get both.

I'm also fairly convinced that there's a general rubric hiding in here, about being human.    I've wasted a fair amount  of time and energy trying to change certain things about myself.   For instance, I'd like to be one of those people who has an organized closet and always knows exactly where her phone is.  I'm not.  In fact, I'm not sure where my phone is right now.   I'd also  like to be one of those artists who exudes coolness and mystery. I'm not that either.  I wear jeans and ratty old sweaters and if something truly strikes me as funny, I might smack my leg like a hillbilly.  Yeah, I know. That's hot. 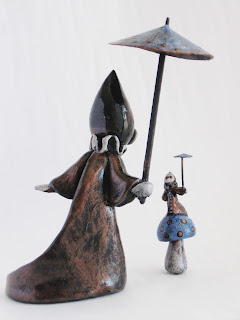 I guess what I'm trying to say here is  you can't make something(or someone) fit if it just doesn't and you can change your habits, but not your hard wiring.  Some things just are what they are.  If we can know these things and accept them in ourselves and others, we might save ourselves some real wheel spinning and disappointment.  What if that which we want, simply...isn't?  Are we sure we know what it is we want?  Are we asking the right questions?

It seems to be a matter of being honest with ourselves  about what we value most (like safety vs challenge)  and the stuff we can't change  (like hard wiring and height) and then working the details around the edges.

It's harder than it sounds.  But the rewards are very high.

Still, after all these words about knowing this and accepting that, there is the unexpected.  True surprise is a rare thing.  We can understand and still have a sense of wonder.  We are, after all, bigger inside than out.   And, once in a while, it rains unexpectedly in the desert.
Posted by lisa at 10:50 PM

It's funny how almost everytime you post something I have one of those 'YES!! That's ECXACTLY how I feel!' moments. Seems like there is a bunch of us doing the sinchronisity swimming routine through some serious psychological stuff simultaneuosly. Late bloomers, i suppose (,she says with a chooked cynical smile).
Anyhow, what I wanted to say is that you put my thoughts into words way nicer than I'd do it myself.

Safe and interesting....and we can't have both? You know, from my limited experience, I find this to be true. Sadly. Yet, when I ask myself what am I, well, I like to think I am both. Of course, I'm not. I'm probably closer to the safe side of things...or am I?

It's funny that you bring this up, because I've been having some thoughts lately. Thoughts that are similar to this...that maybe I will eventually have to settle a little to get the nice guy (Ah, I make myself laugh), because I'm just not cut out for this other (interesting) business.

Your last summer in the desert, really?
Where might you migrate during these months?

I just read a short story last night, The Words That Remain by Charles de Lint, which fits in so perfectly with this post. It examines, through the lens of a brief ghost story, the idea of being accepting of what and who we are and embracing all aspects of ourselves. It was a lovely story, sad too, but lovely. At least for those who would listen to the message.

I certainly believe there is a time to challenge ourselves and to make changes in our lives, but there are things that we also have to accept and unfortunately sometimes the wisdom of which is which only seems to come with the passage of time and a fair amount of pain. Seems wrong, doesn't it? :)

Let me tell you one thing, for those of us who are not artists, all artists are mysterious and cool, and it has nothing to do with how they dress, how organized their closets are, or anything else. It has everything to do with the fact that they (you) can capture esoteric things like magic and imagination in a physical form that inspires those who make a connection with their work.

With that kind of gift, the rest sort of pales.