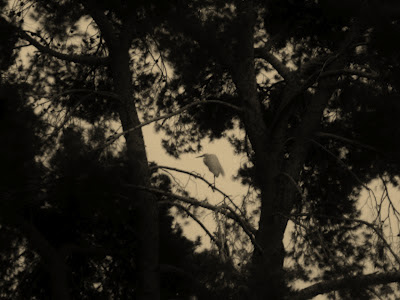 I've been ill for days with a sore throat and ache thing, so today, feeling a bit better, I packed Poppets and sent them on their ways with apologies for the delay.  If you're waiting for arrivals and wondering, please don't hesitate for a second to ask after them.  I'd always rather hear from you than not.
I took a break when my son Phillip called.  We talk on Fridays and tell each other about our weeks.  He sees the world often through the same lenses I wear, so there's usually laughing.  Today was no exception.  The sky had begun to darken as we said our goodbyes.  I watched the snowy egrets soar in and circle, then finally take their positions in their nesting tree.  The crows too, coming home to the palms around the house.  I knew these weren't ravens by the shapes of their tails.   "You are a crow," I said to one, "and I love you."   And before the crows were fully settled in, the bats began to flit and flutter out of their secret places. 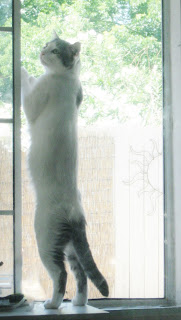 The changing of the guard is different each time and always exactly the same.

I haven't witnessed it in some time.  Before I was sick, I was busy, before that...  That it captivates me still reminds me that things out of sight are not necessarily lost.  Possibly this time I finally get it.

Now I've come inside and opened all the windows to let the desert night whisper in.  The moon is full and glorious and at any moment the coyotes will make themselves known.  Cats and rabbits, beware.
This might be the moment I love her most, this desert.  Finally, I know with certainty I'll leave her.

But not today. It's the weekend and I intend to embrace it as it unfolds.


I'll introduce you to Flower, and wish you happiness until next time. 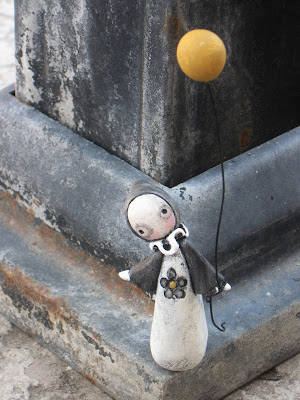 There is a certain evolution that the poppets have gone through in just the time that I've known them/you. I love the face of this little poppet. I love the matte finish. I love that poppet!

I hope you return to 100% soon, but it is nice that you are getting some enjoyment from the forced-slowed pace.

Thanks Kelly. It makes sense that poppets would change over time. I like that too.