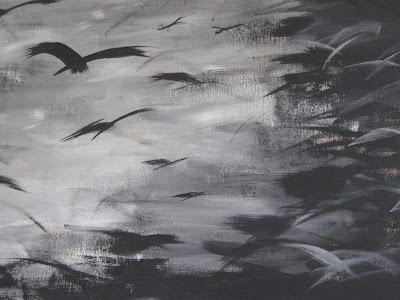 The light this afternoon was really interesting. Deep in my natural human self, I sense that it's autumn's light and I want to go outside. But I've been photographing paintings and after, got caught up in the play of light on things inside, especially some older (and probably dusty) art. Thought you'd like seeing these pieces, some of the few that I've kept that you may not have seen.
above is a painted background layer for a work in progress.
Below are paintings, resting after being photographed. 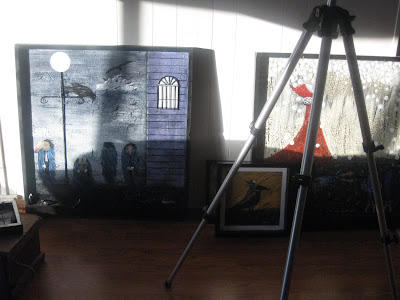 The light's low now, will set behind the mountains soon.

Steampunk Mary as she exits. She'll be on her way to her new home tomorrow. 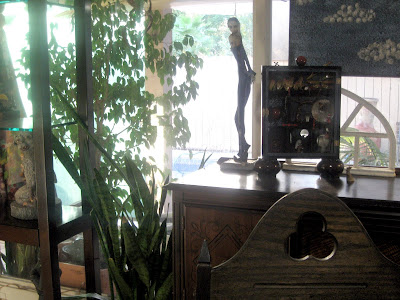 August's Window (the small wunderkammer with the big feet) is new. 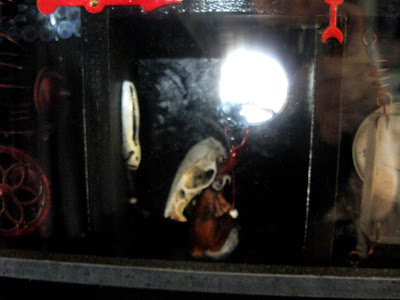 I really liked the light here. This poppet has a real rat's skull and a bee posed on a ring.

Soosi insists that Orion is a cat. 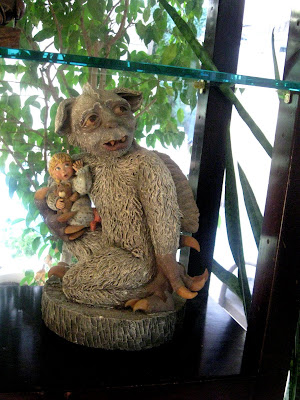 "Change of Heart" is a very early sculpture, all in polymer clay on armature. 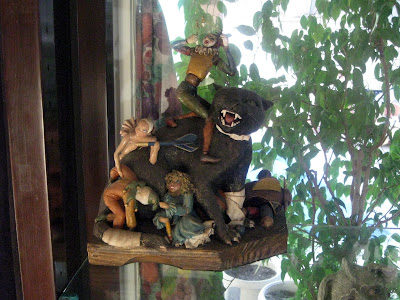 "Here Comes Santa Claus" was used to illustrate "The Price", the Neil Gaiman story about a cat who defends his human family. The doll has lost half of her pencil. It's on the list. Right, that list. Eventually, this became a drawing, then a painting. When I excavate those, I may make prints. 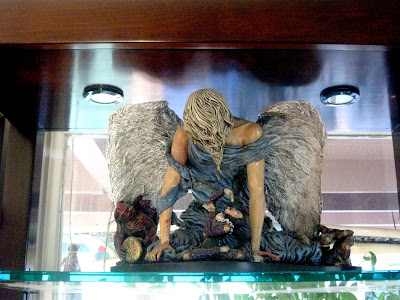 Enter the Human Element, somewhere around 1993. 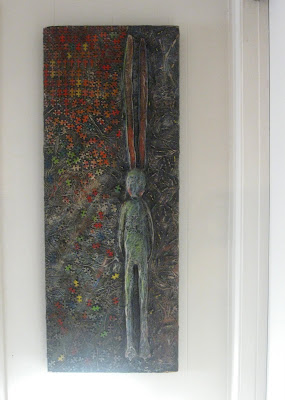 Bunny Visits the Edge of Flatland. 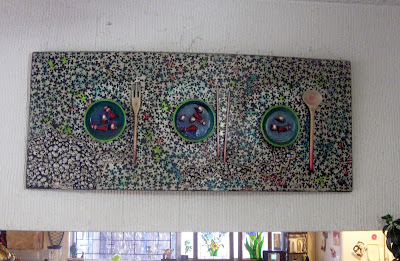 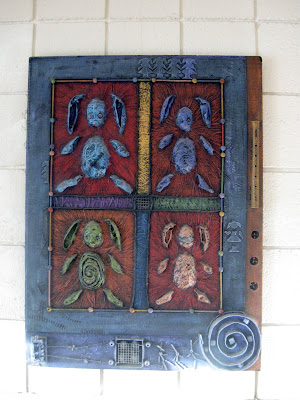 Around to the edge.


Mob rules. Many, many Poppets, indeed. 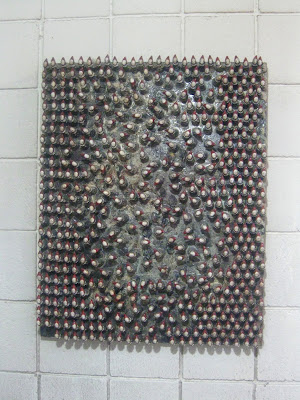 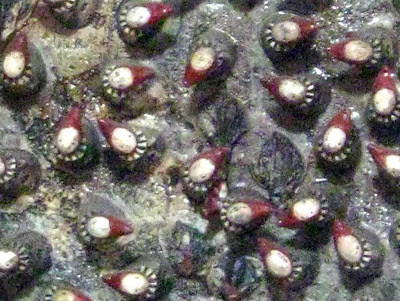 The light faded fast. By December, it will be full dark at 4:30. Not today though. It's November. Have a good weekend.

These are fantastic!! Crow murder still remains a favorite of mine for some reason. That background layer has been saved into the Poppet Files (now over 200 pictures saved) for future use. Would make a great background in general for a short.

Thanks for the retrospective! I like Bunny Visits the Edge of Flatland, partly because of the association with the Abbott book, but mostly because of the color gradient and the use of the puzzle pieces (one of my favorite incorporations in your works). Mob Rules is a fun poppet piece - exterior order belying interior chaos?

I hope you got my email last week - Alia was wondering what you thought of the costume and friend.

jwb: if you need a hi res file, can send you that. you're welcome to use it!

davidK: I'm sorry for not answering sooner! saved your email as new but didn't get to it. too much with the have-to, for sure.Tell Alia I LOVED the photos. Now I'll need to put them up so everyone can see.

I love watching the progression of your pieces over time. So fascinating!

The new background painting has such a beautiful movement, can't wait to see the finished piece.

Thanks for sharing these with us.