Neil Gaiman Rat enters the land of the Anti-Summer 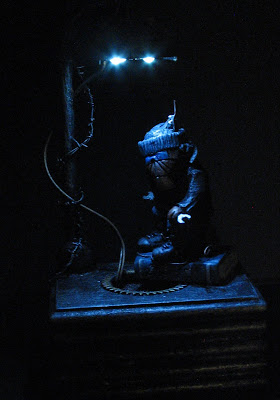 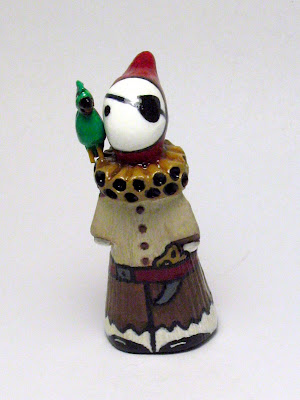 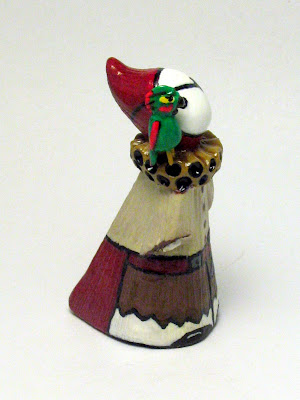 We started talking about all those cheesy Halloween costumes we wore as kids---you know, the vinyl ones. We figured, the more fake, the better. It was a brainstorm---Bent, Alison and me. We had fun.
Now we have Poppets in Fake Pants. 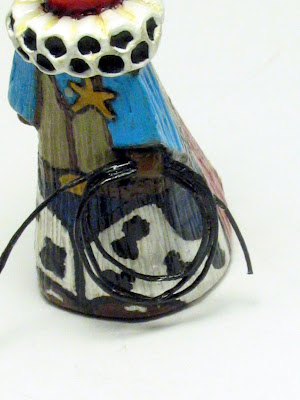 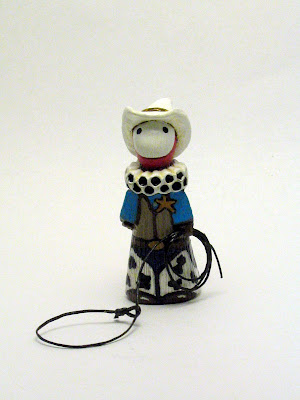 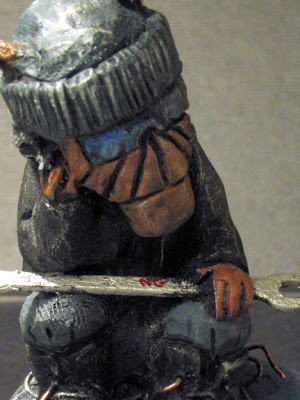 And then, the Anti Summer Neil Rat showed up.
I asked him how he would survive in the harsh world of Anti Summer with only his trusty initialed spanner, his heavy duty boots, his gas mask and his wits.
He said he'd need a copy of The Wind in the Willows.

The street lamp is LED with motion sensors thanks to Spencer.

The base has grafitti, still growing. The sculpture will go to Neil when he returns from China so he can add his own to the mix. 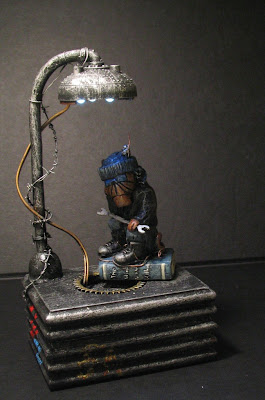 Now we are getting excited for Halloween, yep yep we are!!!!

And we're loving the creepy Uncle Neil ratling, looking like an extra for a Sin City comic.

These are the best! Brings back unfortunate memories of my vinyl Wonder Woman costume worn with a jacket over it because mom just couldn't understand that superheroes don't get cold.

Yargh! A'coarse there be Pirate Poppets! And they be look'in for there very favorite Pirate treasure both high and low Matey! Its Booty ya blasted Landlubber! Yarrr... Sweet sweet booty...
Bent.

Yargh! People ain't so bad... Sliced thin on a little toast... With some 'o that nice wine we took off the Spanish Main... Yarrr... Ain't that right Mr. Parrot?
Squawk.

I'm loving the fake pants and the pirate!!!... you won't be offended if I refer to them as faux-pants will you? hehehehe I am sure the cowboy poppet would be a great help to tame the wild west.

Excellent Neilrat!!! I love mine too though... it arrived and I am SOOOOo happy with it.

OMG!!!! The whole anti-summer thing has been such a treat for me because of the whole post-apocalyptic/steampunk vibe I see in it. The new Neil Rat sculpture is the shiznit!!! Love everything about it, what a treat. Kudos to everyone involved.

And the poppets in fake pants is really fun as well. Very cool costumes that definitely are bringing on the Halloween spirit early!