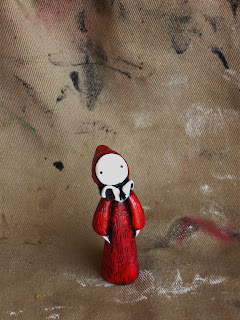 Lisa. Dunno about learning from your blog, even if it is a treasure to read every single post. I think we need our individual butt-kicks from Life to learn anything. It is, however SO COMFORTING thah even people you admire tremendously struggle through it. So thank you for sharing that. You gave me courage and hope.

ok. that did not sound right- sounds like i wish for you to go through tough times, which I don't. you know what i'm trying to say, i'm sure?

Always a pleasure to hang around, to see you evolve.

Thanks for sharing your lessons with us, they always have something I can take away to think on the rest of the day.

Adaptation is a far more complicated process than we are prone to admit. Many people fight against it. That takes energy too. You've chosen to keep moving forward, no matter how halting and unsteady some of the steps may be. Brave and inspiring, that's what you are. I'm still out here, believing in your strength and eagerly awaiting your art. Sorry I've been so silent.

Bravery is when we go on anyway, right?

I'm working on stumbling up. Your work as always, helps me remember up.

I miss you. I showed Poppetropolis and your website to an older lady in the hair salon ( the pictures live on the iPad) It was a whole story of it's own and a reminder.

I read this post last night Lisa and it brought tears to my eyes..such a wonderful and honest post and I hope you find yourself stumbling to where you want to get in life!! I'll happily continue on your journey :)

A very insightful overview of life, with elements that I imagine any of us reading your blog can relate to intimately. Certainly hits home in quite a few ways with me! One learns and grows by living, and most of it can't be told, only experienced. It's something we think about with our kids, but it applies to us just as much. As always, looking forward to the next post, piece of art, etc.!