December 19 Lions in the Ruins 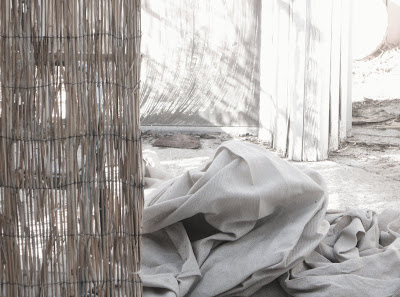 
The Plant House of Doom, Orion calls the sad remains of our greenhouse.

We laugh, a little.

It was a project of high aspirations that failed for lack of attention.

It was a joint venture, and when the humans fell out of joint, the desert elements began the forgetting. 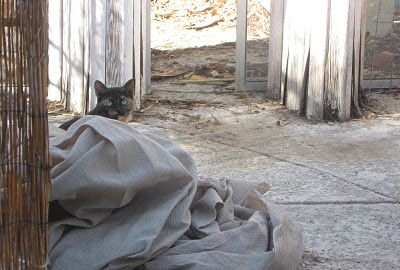 The Untouchable Torti roams the ruins. Her kittens play there. They are feral and nearly unapproachable. If I stop feeding them, they will go away and find someone else in the neighborhood that will.
Probably.

In the mornings, they sit, the four of them in a row, watching through the glass as I wade through my own sea of cats to the coffee. 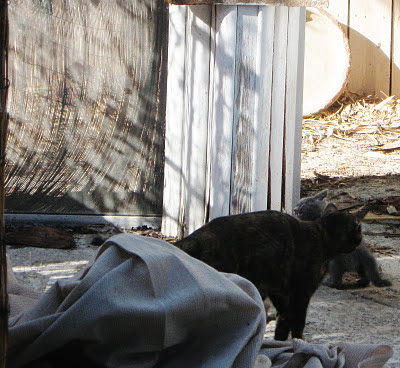 And the holidays. I can't get them into the clinic until after.
Neuter and release.


So here we are until then.


These cats are fierce and feral. Mine are toys. But that's environmental. Inside, they're the same. 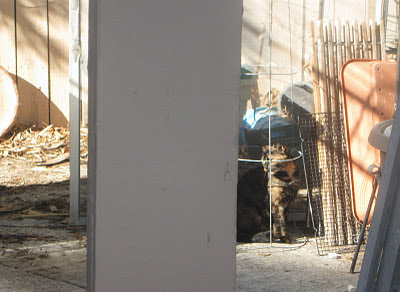 This structure looks like it was storm- torn and then abandoned.


It was actually more like a sandwich:abandoned, then storm-torn, then abandoned some more.

Just the sort of place for cats.

It lends something to them. They take that something and make it their own. 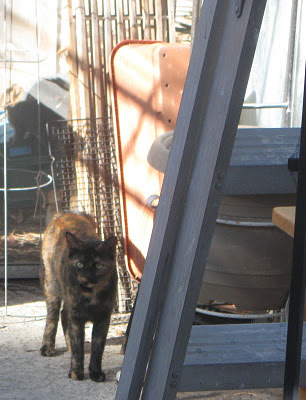 I've begun to view this mess as a ruin. Sure enough, I'd like to clean it up sooner than later.

So here I am, until then.

I intended to write for 365 days. I don't know how many I wrote and how many I missed. I was living through all the days it took to turn a greenhouse into this.

Today is my birthday. December 19. It's a year since I decided to take a look at a year. Between you and me, I might've picked a different year.

But then, one can't really ever know when a shit storm is coming.

Pretty talk, for sure. There isn't a better word for it. 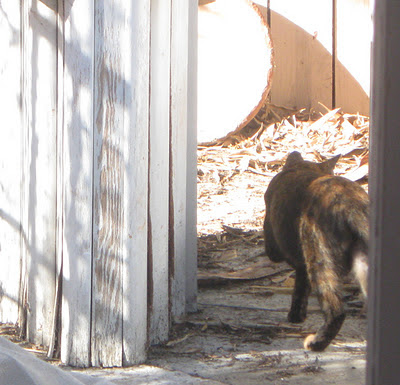 I thought I was broken. You might think you're broken too. But you're not. We're not. 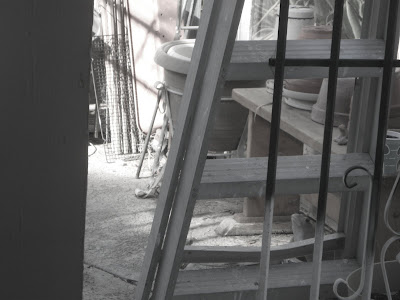 As I watch the cats prowl, lounge and caper through these spaces, I began to notice the lines and textures.

If I remove the layers and see what is in front of me today, I see only form and weight, life. 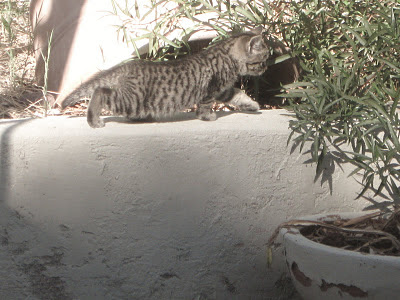 365 days. We all lived through the same days. I wrote about some of it here. I didn't write a lot of it. Some things need time and perspective.

Some things persisted throughout my year. The relentless stream of repetitive crap required to survive.

And making stuff. I did that.

I'm different than I was 365 days ago. It's a pretty good guess you are too.

It will be interesting to see where 2012 takes us.

happy birthday to me.

HAPPY BIRTHDAY LISA!!!! Have a cyber-cupcake.

Best wishes for a happy birthday!

Belated happy birthday! And thank you for sharing your year with us!