Strange and other news

Larry Niven and I will be at the Book Fair in Mission Hills to sign copies of the newly released Strange Light.

The cover looks like this. The inside has my art and well, Larry Niven. 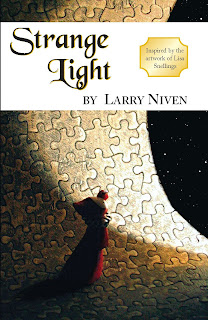 The Poppets who live on my desk now have their own Twitter account.
Poppets see things differently. Poppets have ideas. Poppets want to help you create. Ask questions or just say hello. Be patient though. Even with five of them, typing can be a little slow. It's a big, big keyboard. 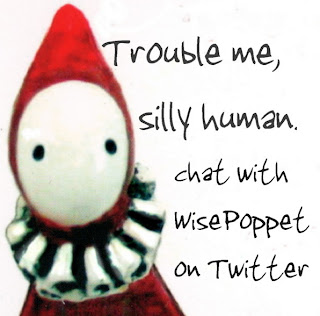 Our Etsy Shop celebrates its one-year anniversary on Saturday the 13th. All Poppets will travel free from the 13th through the 19th. New Poppets and art and $10 gas masks too. Poppets want gas masks.
Wow. A year. Thank you! 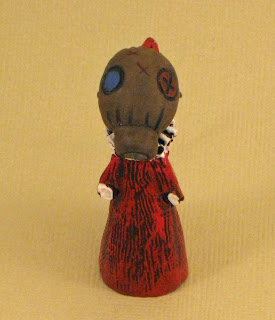 Windy for sure. This tree is very old. For as long as I've lived here, it had one huge dead major limb and one living major limb. Guess which one fell... 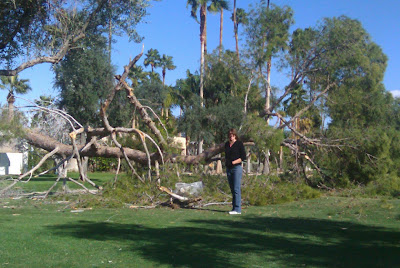 Inspiring windy Poppets, for sure.

"Not My Favorite Windy Day" 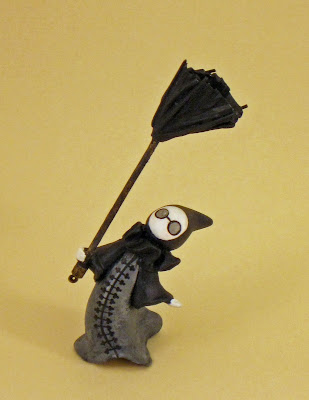 SO excited about Strange Light. Strange Birds and Strange Roads are fantastic little books. Is there any chance you will be bringing back any double signed copies for your Etsy store?

It has been windy here too, makes me especially glad we had the tree maintenance guys here last fall, after seeing the big broken tree in your photo. Wow.

You were poppeted...
The windy poppet looks great.

I remember the desert wind storms- I used to draw a cartoon of myself blowing in the wind, hanging onto a palm tree for dear life.
Glad that falling tree limb didn't hurt anyone!

Thanks Stacey. I will be bringing back signed copies. We'll make copies available in my ebay store. Will let everyone know.