Two, Two, Two Days In One 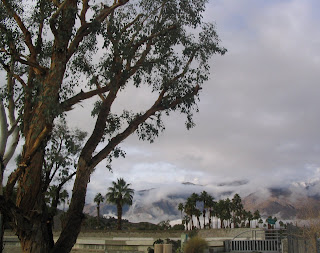 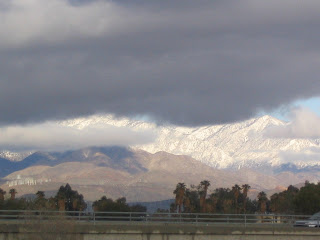 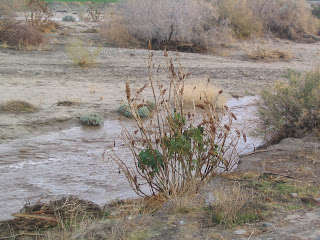 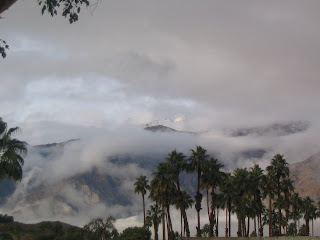 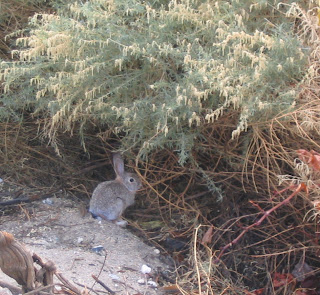 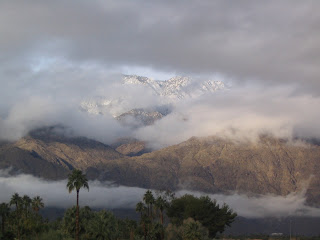 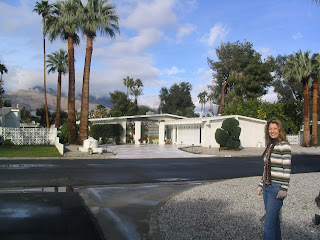 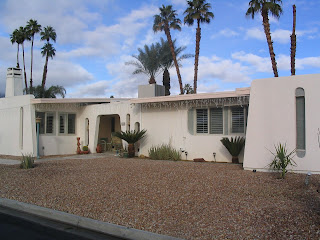 ...or, what I did today.
(For those who get the title reference: Saturday mornings: Tarzan? or Stooges?)
Beginning with three alarms. Two kids to two schools. Pete, me, divide and conquer. Apparently, winter holiday is over.
With coffee-- made notes for a program lecture. Read two articles in Make magazine. Ordered a material sample from a company mentioned in Make.) Then answered emails/calls.
Angie and I started the studio day with a walk. So weird here, considering the weather all around us. Clouds are rare in the desert, so on days like today, I take photos. Tomorrow she can take a photo of me. I wonder what I'll say.
Photos above, but not likely in this order:
Clouds
More Clouds
This is Angie (who says 'nice clouds)
Snowy Mountains with Clouds
A Very Cooperative Bunny (not interested in clouds)
Some Rushing Water (Used to be clouds)
Aunt Beru's Place (looking east, where clouds are clearing.)
I have now typed 'clouds' often enough that it looks strange and misspelled.
After clouds:
I worked on the designs for Valentine gift boxes and tags. Set a time frame for direct gift shipping. Numerous other things on the Valentine checklist.
Ben and I worked out more of the mechanical details for the Strange Machine sculptures that will accompany the Neil Gaiman stories. Discussed wood and lighting choices. Set up a time frame for materials and building, which will be sooner than later, to give me enough time to install the art and painting. We drank too much coffee.
Made a decision about another glass case---what to do with it, when, and where to store it in the meantime. (several of these decisions have to be made to clear space, which we've clearly run out of.
While we talked, I cast three pairs of rats and Ben sorted table clutter into bins. The new tabletops will go in tomorrow morning.
We measured and moved and sorted and made satisfyingly noticeable progress in the reorganization of the studio. The chaos now at least looks like the chaos of sane people.
Ben made lunch for us. I can't remember what the dish is called. It had rice and vegetables, and a sausage made of rice and crawdads. It was delicious and had a nice texture, but I'm not sure how I feel about the crawdads. I like shrimp, and I know that where the 'bait line' intersects the food chain is relative and subjective. But after today, I'm fairly certain mine runs right there between shrimp and crawdads. Anthony Bourdain would likely be ashamed of my tiny-mindedness in the matter of crawdads.
The rest of the day was divided into illustration work for the first Poppet book and creating a framework so Angie can organize illustrations and reference photos for other book projects onto disk.
There's more. So much more. But I'm slipping into the 'it's time to stop and I need food' mode. I am definitely not planning to work this hard tomorrow. Sheesh!
While getting juice for Orion, I ate a slice of baloney without even thinking about it. Sheesh. I'm trying to not eat that stuff. Oscar Meyer, why must you torment me?
Anyway. That's sort of how the day went.
Possibly "What I Did Today" is actually worse than no blog at all, but that's all there is and there isn't any more.
g'night
Posted by lisa at 5:22 PM

I shared your sentiments regarding crawfish until I read a wonderful legend in New Orleans. The Cliff Notes version is that when the French Canadians began their long journey down the Mississippi to eventually settle in Louisiana (putting the "French" in the French Quarter), the Canadian lobsters loved them so dearly that they decided to follow them south. The journey was so long and arduous for the lobsters that by the time they arrived at New Orleans they had decreased in size to crawfish.

Believing that they used to be lobsters, and shrank for love, made it easier for me to enjoy them.

Lisa, here's one from my husband for you: him "That's disturbing. It reminds me of how, what do you call those weird red things that freak you out?" me "poppets?" him "yeah, how poppets look at you."

The weird red things that freak me out are called "lobsters", thereby bridging the two previous comments.

I like this blog is fantastic, is really good written. Congratulation. Do you want to see something more? Read it...: Great investment opportunity in Costa Rica: houses for sale, homes for sale, investment property. Visit us for more info at: http://www.jaco-bay.com/

There is nothing that would make me eat something called "crawdads". They sound insectlike. With feelers and prickles. And I'm a vegetarian.

Even unpeeled prawns look a bit insecty to me, though.

We have clouds! Full of rain, and for an hour today, snow. Can I send you some?

My husband _likes_ my poppets. He enables them into all sorts of mischief. I'm waiting for Nemesis to strike.

I have to say that I love me some crawdads. Had them in Mississippi and was in seafood-loving heaven! Mmmmm.....

Great pictures, by the way!