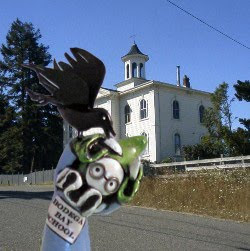 Aubrey and I love The Birds. It's our favorite 'chick flick.' I'll be making a number of Bodega Bay School students and their feathered friends this season, along with the major characters. This one is Jenny. 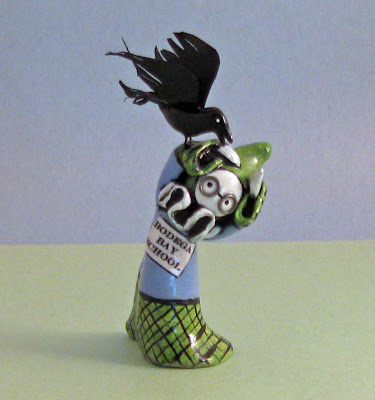 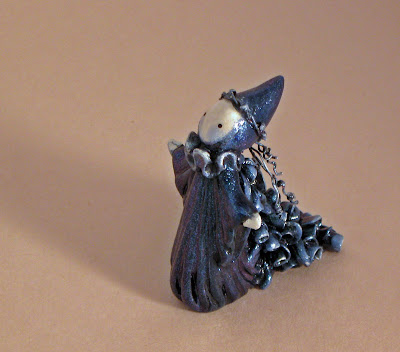 Midnight and Magic was because I wanted to do something pretty. So I did. 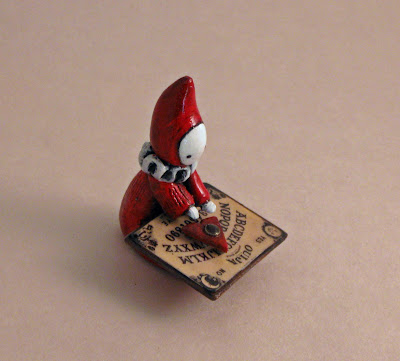 The board and planchette aren't attached. I thought it would be more fun that way and I was right. It dawned on me, playing with the tiny board yesterday that I'd been thinking of this little one as a representation of a board.
Really though, in the realm of the unknown, why would size matter? 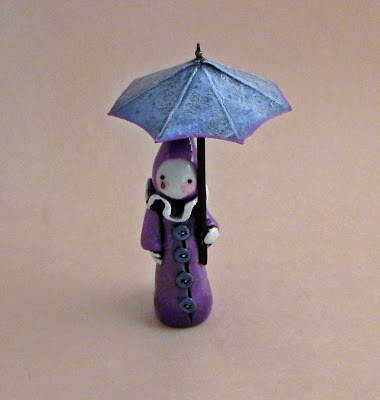 This is an open edition version of "Rain" inspired by a commissioned one of a kind Poppet. Will put photos of that one up after it reaches its human.

I'm one week away from MadCon, three weeks away from the museum exhibit opening and all that goes with both events. Whew.

Hope your week is going well.
Posted by lisa at 3:50 PM

all the new poppets are great, and I love your choice of favorite 'chick flick' ;)

Those are all so fantastic! Especially 'The Birds' poppet. :D

Kelly--It's a great movie and really, it's mostly about the relationships between the women. "Mitch" and his preppy scarf, is incidental. And shiny. Very shiny.

they are all great! Don't know if you've been to Bodega Bay but it hasn't changed much really since the filming. There's one restaurant there that has big pictures of the cast and crew during the shoot up there - apparently they used the restaurant as their base of activities. A good fall destination, along the foggy Marin coastline of NorCal. :-)

~ lindac (who just bought the beautiful Midnight and Magic because, after seeing it, realized that she *had* to have it.)